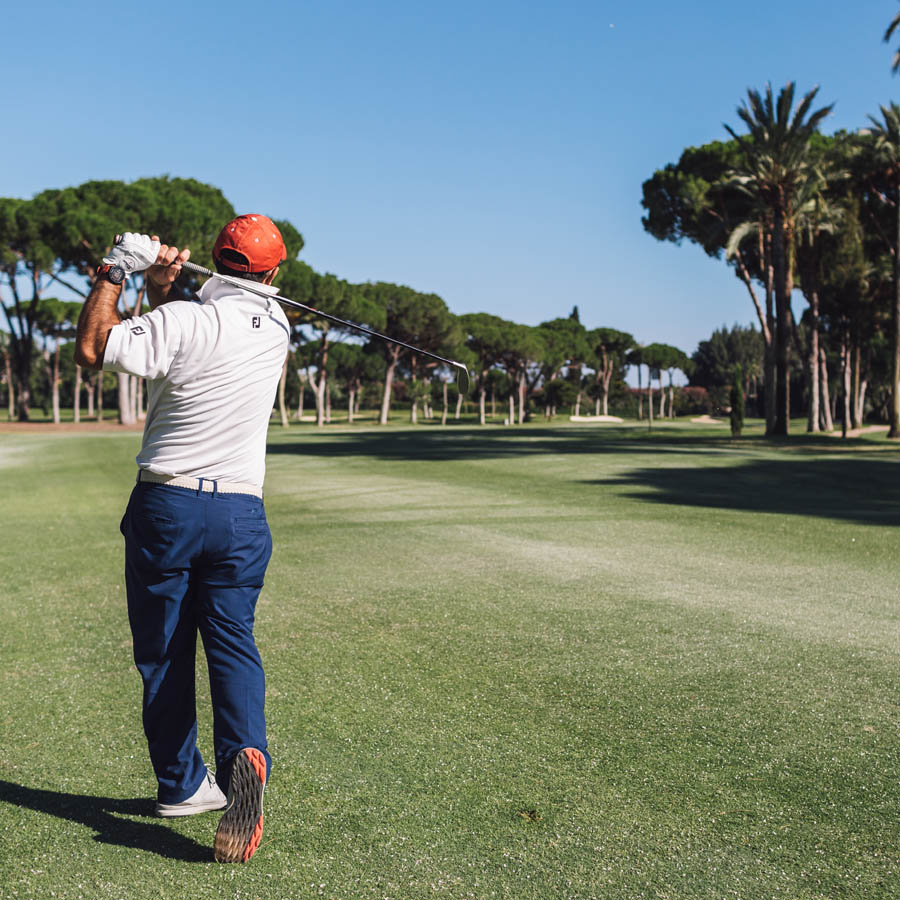 Golf ranks as one of the most challenging games in the sporting world, which makes setting golf records even more difficult. However, the history of the game comes sprinkled with some truly amazing feats. Ten holes-in-one on PGA tours, drives that get further than 500 yards, double eagles… Read on to discover ten spectacular golf records.

Greatest player of all time

Every golfer has their favourite player, the one they consider the greatest legend of all time. But when it comes to the best ever, Tiger Woods consistently tops the rankings. Over his career, he has broken numerous golf records – for example, he holds the outright record for hitting consecutive rounds on a tour at par or better (52 in total).

This one belongs to one of the golf’s greatest legends, Jack Nicklaus. His record of 18 Major titles stands unbroken although Woods currently has 15 and is on top form this season.

Getting two under par at hole ranks as one of the most difficult feats in the game and there are only 16 in the entire Major championship history. The last was hit by Louis Oosthuizen at the 2012 Masters at the second. This went down as one of the golf records because it was only the fourth double in Masters history and the first ever at the second hole.

Did you know? The suites at our Boutique Hotel are named after golfing feats. Book your stay in the Albatross, Eagle or Par Superior now and get 20% off because it’s 2020.

The record is currently held by Sam Snead who won his last in 1965 at the age of 52 years and 8 months. Snead also holds another golfing record, this time shared with Tiger, of 82 PGA titles. Snead won 11 titles in 1950 alone.

Getting in a round of golf below par is any golfer’s objective and coming in at sub-60 shots is a dream. Jim Furyk currently holds the record for 58 at the Travelers Championship in 2016. During the match, he hit 10 birdies, an eagle and 7 pars. How’s that for one of the most outstanding golf records?

Two holes in one on same round

Three professional golfers hold this record: Brian Harman at the 2015 Northern Trust, Yuaku Miyazato at the 2006 Barracuda Championship and Bill Whedon at the 1955 Insurance City Open. The fact that there are only three means this is one of the most challenging golf records to equal let alone beat.

If you think you can hit a long drive in golf, think again. Australian player Mike Austin holds the absolute record for length – at the Winterwood Golf Course in 1974 he hit a drive for a full 515 yards. Since then, no one has even come near it.

Did you know? You may not be setting one of the world’s golf records, but you will take your golf to the next level when you sign up for personalised tuition at our Golf Academy. Find out more here.

Most wins on one course

The world’s greatest player takes up the entire podium for this one. Tiger Woods has won the most times at not just one course, but three. He has notched up a total of eight victories at Bay Hill Club, Torrey Pines Golf and Firestone Country Club.

Most holes in one on a PGA Tour

This ranks as one of the most difficult golf records to break and even great Woods and Nicklaus have only reached three each. But both Robert Allenby and Hal Sutton have hit ten holes in one on PGA tours.

And finally, we come to the most challenging of all – to win the Masters, US Open, British Open and PGA Championship in the same calendar year. It’s so difficult in fact that no golfer in modern times has managed to achieve it. Before the term Grand Slam was adopted for golf, Bobby Jones won the four championships in 1930. Tiger Woods has come the closest – he won all four in 2000 and 2001.

Did you know? Playing as much golf as possible makes breaking your own personal golf records more likely. The dynamic prices at Rio Real mean you can play much more golf for much less, especially with our 20% discount this year. Book your round now .