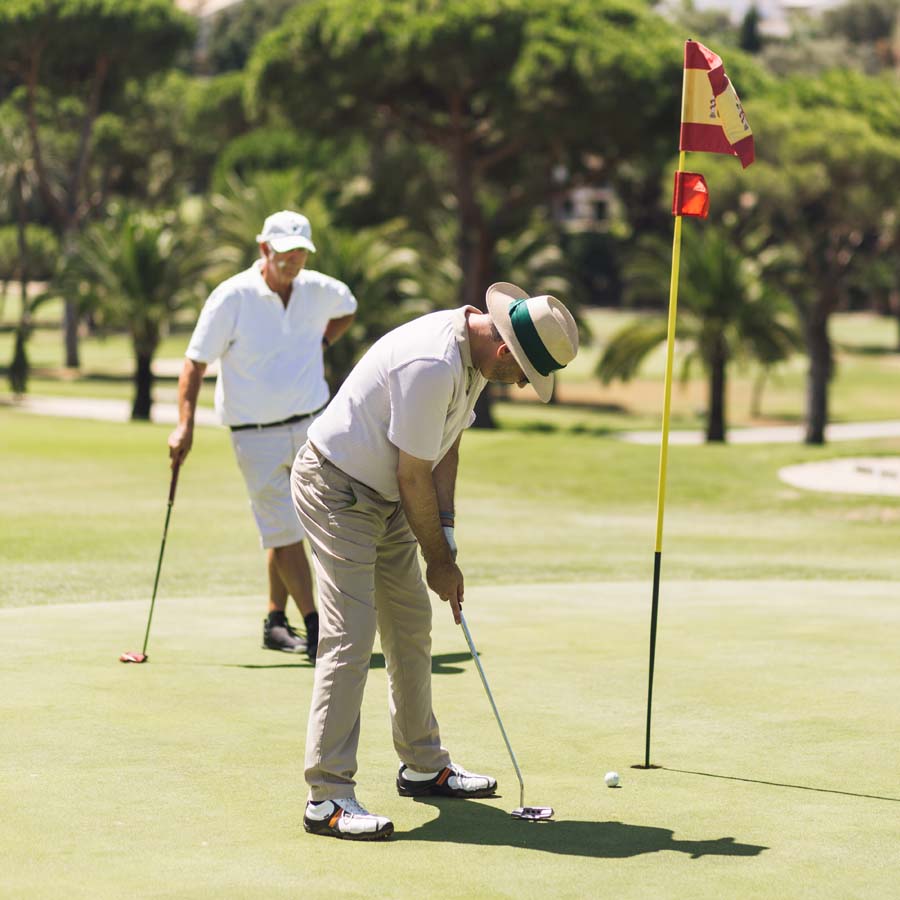 As usual, this year has provided us with some great golf, fantastic shots and nail-biting finishes to tournaments. And as usual, some the world’s pros have shone in the game while others have had a season that is best forgotten. In this post, we’re concentrating on the best golf players in 2019, the top professionals who have performed exceptionally well this year. Take a look at our top 7 best golfers in 2019.

Most analysts give the prize for consistency to Rory McIlroy this year. The Northern Irelander has played well throughout the entire season and taken home some of the world’s top trophies. They include THE PLAYERS Championship and the FedExCup – McIlroy is the first player ever to win them both in the same season. The PGA Tour also thought he was one of the best golf players in 2019 since they awarded him the Jack Nicklaus Award for Player of the Year. McIlroy finishes the year ranking as the 2nd best golfer in the world.

Take the 3D Biomechanical Analysis at the Rio Real Golf Academy and learn to swing like the world’s best golfers.Find out more here.

American Brooks Koepka is no stranger to receiving accolades for golf. He finishes 2019 as the world’s number one player, a position he also held at the end of 2018. Koepka won his fourth Major this year when he successfully defended the USPGA Championship. He also finished in the top four for three other Major tournaments. He undoubtedly enters the new decade as one of the best golf players and finishes the year ranking as the best golfer in the world.

Newbie of the year

Many young golfers wait in the wings for their moment of glory among the best golf players in 2019. South Korean Sungjae Im is one of the them. The PGA acclaimed him Rookie of the Year on the back of his exceptional performance throughout the season. He was the only rookie to get to the TOUR Championship. Im finishes the year ranking as 19th best golfer in the world.

No golf Pro has got to where they are without hours (and hours) of practice. With the Amigo Card at Rio Real you can get in all the hours of golf you need throughout the whole year. Check out the different types and choose the one that suits you best for 2020.

Women’s golf is fast entering the limelight with several top players. Jin Young Ko is one of the them. The Korean finishes the year at the top of the women’s rankings and with several big-name trophies to her name including two Majors: the ANA Inspiration and Evian Championship. She even beat Tiger Woods’ bogey-free record that he had held since 2000. This year, Young Ko completed 114 holes without dropping a shot, 4 ahead of Woods. She finishes the year ranking as the best woman golfer in the world.

Jon Rahm has also had an exceptional year and sits among the greatest golf players in 2019, improving considerably on his 2018 ranking. He successfully defended his title at both the Irish and Spanish Opens and won the Race to Dubai. He is only the second Spanish golfer to do – Severiano Ballesteros was the other in 1991. Rahm finishes the year ranking as the third best golfer in the world.

Hinako Shibuno has been taking women’s golf by storm this year and notched up several professional titles. The Japanese collected a total of five big trophies during 2019 with her biggest success at the Women’s British Open, which she won. Shibuno finishes the year ranking as the 12th best golfer in the world.

No list of the best golf players in 2019 would be complete without Tiger Woods. In mid-December, he stood in 6th place on the PGA ranking, a giant leap compared to his 13th place at the end of 2018. Woods won his 15th Major title this year, a remarkable achievement, made even more amazing by the fact that it was his first win for 11 years. He also received the Presidential Medal for Freedom, one of the highest civic accolades in the US. At 43, Woods is clearly showing the golfing world that he has plenty of talent left. He finishes the year ranking as the 6th best golfer in the world.

As regular players at our course will agree, they played their best golf this year at Río Real. Why not join them in 2020? Not only do we have one of the most emblematic golf courses in Spain, but offer a dynamic pricing system that means you get the best green fees on the Costa del Sol. Book your next round now.