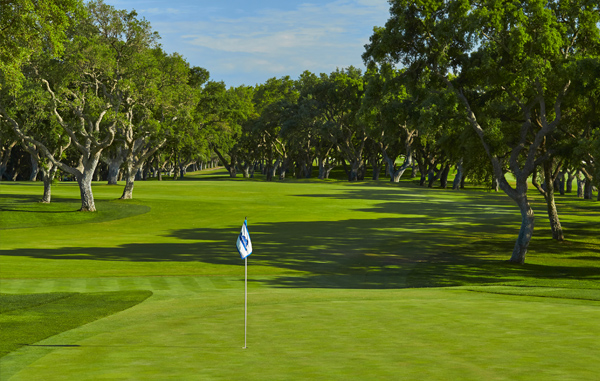 About the Andalucía Valderrama Masters 2017

This prestigious tournament, the most important golfing event in Spain this year, celebrates its third edition in 2017. It’s an essential port of call on the European Tour circuit. And it also signals the last stop on the European Tour in Europe itself before it moves to other continents and its final in Dubai.

The Andalucía Valderrama Masters 2017 takes place between Thursday 19 October and Sunday 22 October. The venue is Valderrama Golf Club in Sotogrande, about 50 minutes’ drive from Rio Real Golf on the Costa del Sol.

Valderramais the first golf course en Continental Europe and the only golf course in Spain among the 100 best in the world. The 18-hole course goes back to 1974 and forms part of the early history of Costa del Sol golf. It’s no stranger to big tournaments and hosted the Ryder Cup in 1997.

Although the tournament itself starts on 19 October, golfing action begins three days early. On both 16 and 17 October, the players get the chance to experience the course at Valderrama with practice rounds on both days.

On 18 October, a Pro-Am takes place and 19 October sees the official start of the tournament with the first round. Of the 130 players participating in the event, only the 65 best players will go through of the second round on Day 2, 20 October. Action hots up on Saturday 21 October with the third round.

The final and deciding day of the championship takes place on Sunday 22 October when the best players will stretch their golfing skills to the maximum in the final round.

This year’s edition of the Andalucía Valderrama Masters hosts 130 players including some of the world’s very best. Attendees can expect to enjoy some world-class golf from exceptional golfers during the 4-day event. Among the biggest names playing are:

This top Spanish golfer needs no introduction. As well as playing in the tournament, García is also the host through his Sergio García Foundation.

Among his triumphs this year, García has notched up winner of the Masters Tournament at Augusta in the US. He currently stands in eighth position in the Official World Golf Ranking and in second place in the Race to Dubai.

He has the advantage of knowing the golf course at Valderrama well. He won the second edition of Andalucía Masters at Valderrama in 2011. And this is his second year hosting the European Tour event at the course.

Rising star Jon Rahm is another big name taking part in this year’s edition of the Andalucía Valderrama Masters. Rahm comes to the event fresh from his spectacular triumph at the Irish Open in July and at Valderrama he will make his debut professional appearance in Spain.

Originally from Vizcaya in northern Spain but based in the US, Rahm currently ranks fifth in the world in golf. He stands in third place in the Race to Dubai.

You can find more information about the Andalucía Valderrama Masters 2017 and purchase tickets on here.

Get in your pro practice

Make a date in your diary for the upcoming Andalucía Valderrama Masters. But before the event, get in some of your own golfing practice at one of the most exceptional golf courses on the Costa del Sol .

Better still, make a golfing break of it – book a stay at the Rio Real Boutique Hotel, just a short drive from all the action at the Andalucía Valderrama Masters.