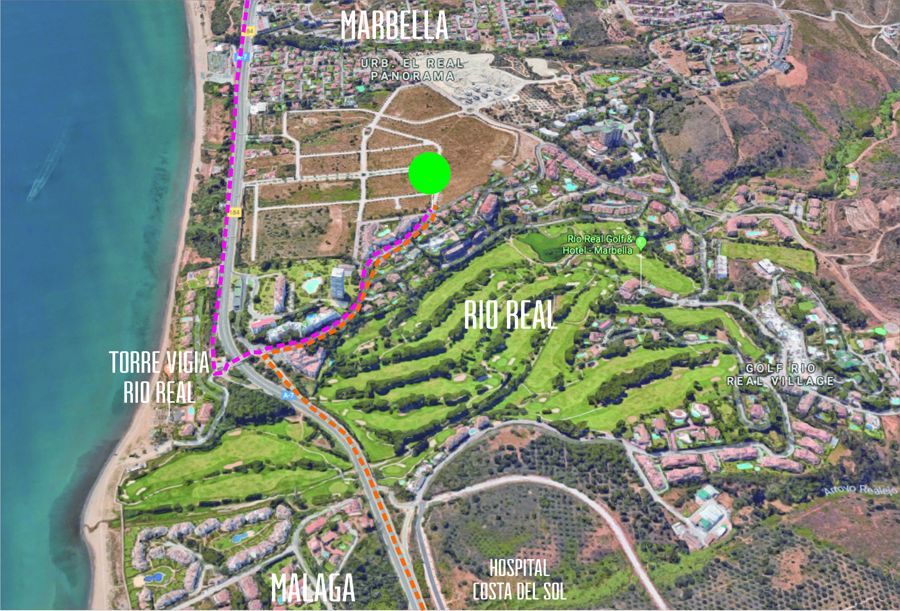 The Marbella hotel scene is moving and fast. The latest arrival comes by the hand of Villa Padierna Hotels & Resorts and the international brand Four Seasons who have just laid the first stone for a new luxury establishment next to Rio Real Golf & Hotel. The new Four Seasons hotel in Marbella will have a five-star grand luxe category and be open for business in two years time.

Since it was created by Javier Arana and built in 1965, Rio Real Golf & Hotel has enjoyed one of the most privileged spots in Marbella. A seafront position on one of the best beaches, a stunning mountain backdrop and riverscape scenery along the entire course. This enviable location has naturally attracted others and it’s no surprise to discover that the new Four Seasons hotel will be right next door.

According to company sources, Four Seasons has had Marbella on its radar for a new hotel for a long time. However, no location ticked all the right boxes until the land next to Rio Real Golf & Hotel came up.

Villa Padierna Hotels & Resorts own land to the west side of Rio Real golf course and recently entered into partnership with one of the world’s top hotel brands, Four Seasons. The international hotel chain laid the first stone for its new hotel in early October at a ceremony attended by representatives from both companies as well representatives of local and regional governments.

The project includes a luxury hotel with the five-star grand luxe category along with a selection of private homes, to be known as Private Residences Marbella. These holiday rentals have particular appeal to golfers. “They help to attract a new type of client all year round linked to golf where Marbella leads in Europe,” said Ricardo Arranz de Miguel, President of Villa Padierna Hotels & Resorts.

The new Four Seasons hotel in Marbella is only the company’s second establishment in Spain. They are currently building a luxury hotel in Alcalá Street in Madrid, expected to open over the next few months.

The Four Seasons hotel in Marbella will carry a very prestigious architectural seal. Renowned architect Richard Meier, holder of the Pritzker prize, has been tasked with the design of the new establishment. No details have been released of how the hotel will look but with a seafront position it will undoubtedly be emblematic. It will join the iconic design of Rio Real Golf, created in 1965 by Javier Arana, one of the world’s best golf course designers.

You don’t have to wait until late 2020 to enjoy a luxury hotel with extraordinary sea and mountain views and a world-class golf course on its doorstep. Rio Real Hotel has its doors wide open and all year-round. Why not book your stay now?