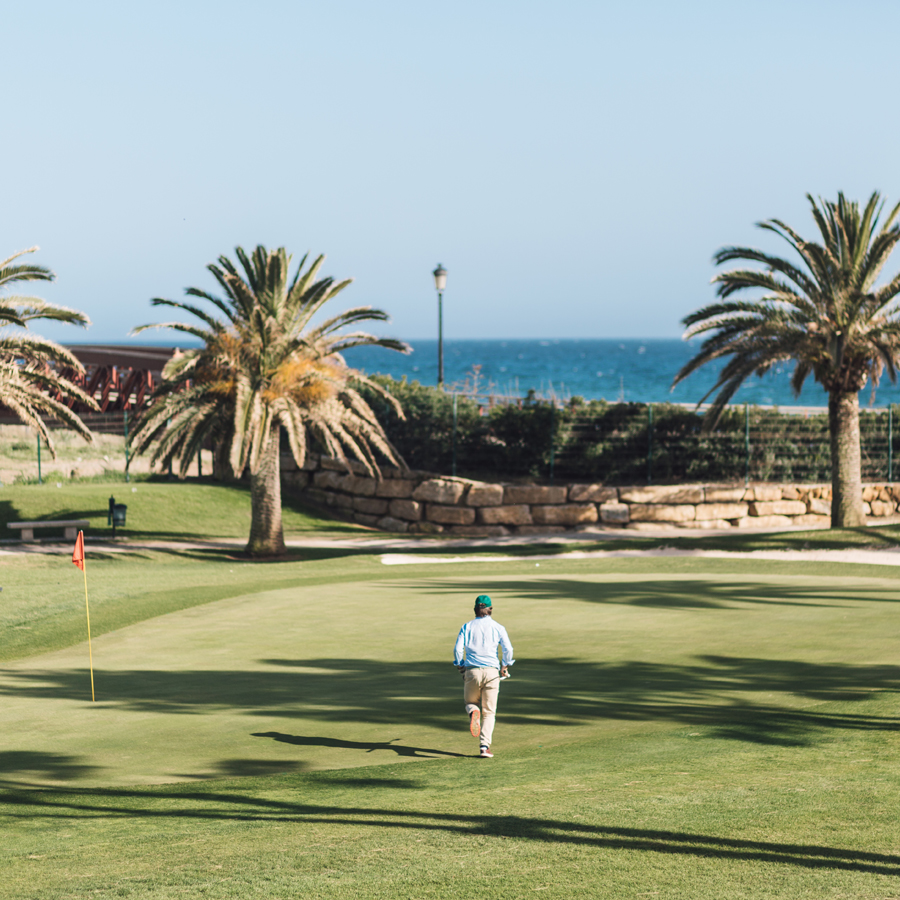 As one of the world’s oldest sports and one of the most popular sports in Marbella golf is the stuff of legends. In the latest Rio Real blog post we take a look at 10 fun golf facts that you probably didn’t know. Read on to discover a bit of history, geography and science, all food for thought next time you play golf on the Costa del Sol.

The history books date golf right back to the 15th century when it was supposedly invented in Scotland. The Chinese lay even earlier claim to the sport but whatever the exact date, golf ranks among the world’s oldest sports.

Did you know? Golf on the Costa del Sol arrived in the 1920s when the 9-hole Parador del Golf was created. Read more.

This record goes to the Prestwick Golf Club, again in Scotland, which was founded in 1860. Since then, golf clubs have flourished throughout the world.

Did you know? Rio Real is one of the oldest places to play golf on the Costa del Sol. The course opened back in 1965.

Golf is famed for its strict etiquette and rules. Those used most widely throughout the world date from 1744. An Edinburgh golf club established them as the basis for the game as we know it today.

Longest golf course in the world

This accolade goes to the Jade Dragon Snow Mountain Golf Club in Lijiang in China. Players at this course not only have to tackle its length – the course measures 7,816km – but also its attitude. The course lies high up in the Himalayas

Did you know? Rio Real golf course measures over 6km in length, one of the longest golf courses on the Costa del Sol.

Probability of a hole-in-one

One of the most difficult shots in golf (and a golfer’s dream) is undoubtedly a hole-in-one. Take a look at the odds and you can see why. The average golfer has a 1 in 12,500 chance while a professional player has a 1 in 2,500 chance. Bagging two holes-in-one in the same round is practically impossible – the probability of this is 1 in 67 million.

‘Bird’ is American slang for excellent and gives it name to the term birdie. A.B. Smith reportedly coined the phrase at the Atlantic City Club when he hit “a bird of a shot” in 1903. The world’s first recorded Albatross came at Durban Country Club in South Africa in 1931.

Did you know? The Albatross Suite at Rio Real Hotel is just as exclusive as hitting three under par. Discover the set of rooms that take luxury to a whole new level.

The Green Zone Golf Club sits on the border between Finland and Sweden. Half the 18 holes lie in one country and other half in the other, but you don’t need to go through immigration during the game!

Did you know? You can choose from over 70 courses when you play golf on the Costa del Sol.

Once upon a time, holes were any size cut by a trowel. But since 1891 all holes on a golf course measure exactly 4.25 inches (10.8cm) as decreed by the Royal and Ancient Golf Club of St Andrews (again) in Scotland.

Did you know? The 18 holes at Rio Real Golf take in the best of the Costa del Sol scenery: Mediterranean views, a frontline beach position and mountain vistas. Book your round now.

Golf balls soften slightly in heat giving them further reach. This is one of the advantages of playing golf on the Costa del Sol where the sun shines for more than 320 days a year and day-time temperatures average a pleasant 18 to 20 degrees.

Did you know? Perfect your swing for the longer shots at the Rio Real Academy.

As well as travelling further in warmer weather, golf balls also get more distance thanks to their dimples. American golf balls tend to have an average of 336 dimples while the British total 330.

Did you know? Rio Real Pro Shop sells all the golf accessories you need. Pop along and kit yourself for the perfect game.