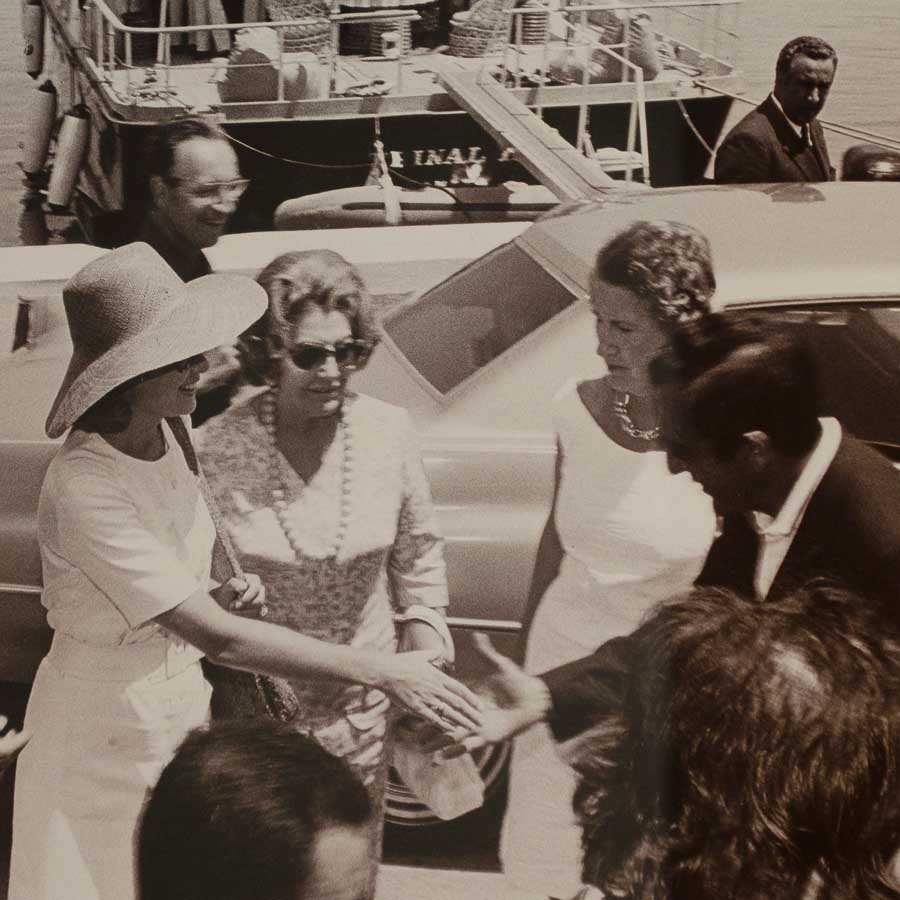 When it opened in 1965, Rio Real Golf was something of a pioneer on the world of golf on the Costa del Sol. The coastal towns and villages in the area were just at the start of fame as some of Europe’s favourite holiday destinations and Marbella had emerged as a celebrity hotspot. The resort quickly became famous in its own right, attracting Europe’s jet set and international stars from the world of the stage and screen. The corridors at Rio Real Hotel showcase this world of glamour and fame with a photocall of Marbella’s famous visitors.

In the latest in our series of who’s who at Rio Real, we return to the Hotel’s unique collection of black and white photos and reveal the film stars, artists and sportsmen who were frequent visitors to Marbella back in the 1960s and 1970s.

Did you know? You can see all these photos when you stay at Rio Real. Book your stay now.

As well as aristocracy and royalty, the corridors at Rio Real Hotel also showcase some very famous stars from the big screen. The world’s most celebrated spy, 007, needs no introduction. Sean Connery who played James Bond on several occasions including the first five films in the saga had strong links to Marbella. He owned a property in the resort for many years and played a charity tournament at Rio Real Golf one summer.

Irish actor Richard Harris also appears in the corridors. Nominated for the Academy Award Best Actor for his role in This Sporting Life, Harris was, like Connery, a frequent visitor to Marbella and a big fan of the summer get togethers. Younger visitors to Rio Real Hotel will recognise him as Dumbledore from the first two Harry Potter films.

Did you know? Many of the famous faces on the Rio Real Hotel corridors belong to Europe’s aristocracy and royal families. Read about them here.

French film star Yves Montand features too in the photos as does Brigitte Bardot. Both visited Marbella on several occasions during the summer and as you can see from the pictures, played a full part in the parties. Liza Minelli, most famous for her award-winning role in Cabaret in 1972, also came to Marbella. The portrait of her is perhaps one of the most glamourous.

Behind the screen was Peter Viertel, another frequent visitor to the Costa del Sol. Although he was famous for scriptwriting, Viertel also was the first to introduce surf into Europe in 1956. The sport had just caught on in California and Viertel brought the idea to Spain and France. In the Rio Real Hotel photos, however, he isn’t on a board but enjoying a summer celebration

Did you know? You too can feel like a celebrity when you stay at the exclusive Albatross Suite at Rio Real Hotel.

The corridors at Rio Real Hotel also showcase Spanish stars. Actress and singer Sara Montiel makes several appearances in stunning black and white. Another regular is Spain’s most famous flamenco artist, Lola Flores. The unique singer and dancer had strong ties to Marbella and was the heart and soul of many summer parties.

Julio Iglesias needs no introduction either. One of the world’s most successful artists who has sold millions of records in multiple languages also visited Marbella often. His photo is easily recognisable on the stairway.

Did you know? Rio Real Hotel has some amazing deals for accommodation in Marbella. See for yourself, book your stay and then check out the photos!