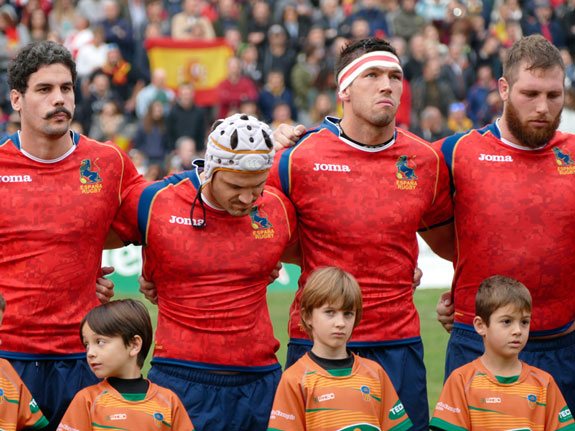 Earlier this year, another milestone was achieved when a sell-out crowd of 26,500 – including King Felipe VI and deputy prime minister Soraya Saenz de Santamaría – attended the final of the Copa del Rey in Valladolid. The Spanish men’s national team, which defeated Italy 9-0 in its first international match in 1929, currently competes in the European Nations Cup (a second-tier competition for non-Six Nations teams), and has qualified for just one World Cup tournament so far, in 1999 in the UK. They lost their round-robin matches against South Africa and Scotland quite heavily, but it was much closer against Uruguay (15-27).

Seventeen years later, Uruguay and Spain will be renewing battle (tomorrow, Saturday 19 November) on more level terms – ranked 19th and 23rd, respectively, in the world – at the athletics stadium in Málaga. Incidentally, for guests staying at Río Real’s boutique hotel, a visit to the Coast’s capital – with its top sporting, cultural and culinary options – should definitely be on the agenda. More than 50,000 officially registered rugby players compete throughout Spain, mostly in the more established rugby-playing areas of Madrid, Valladolid, the Basque Country and Cataluña. However, the game is also making great inroads in other Mediterranean areas including the Costa del Sol, thanks to the presence of significant foreign communities (European and South American), and attractive weather conditions and excellent transport connections for winter training.

This progress is especially evident in Marbella, with the local rugby club – located just across the main highway from Río Real – having recently gained promotion to the second-category national competition (Honour Division B). The club’s origins date to the late 1980s. Locally, the sport was initially developed in Sotogrande, but in 1993 the club created its own ground and facilities in Marbella near Los Monteros. At the time, Newcastle United football club and Newcastle Falcons rugby club chairman Sir John Hall owned a mansion near the ground and spent many holidays with family and friends enjoying the Río Real area’s diverse attractions.