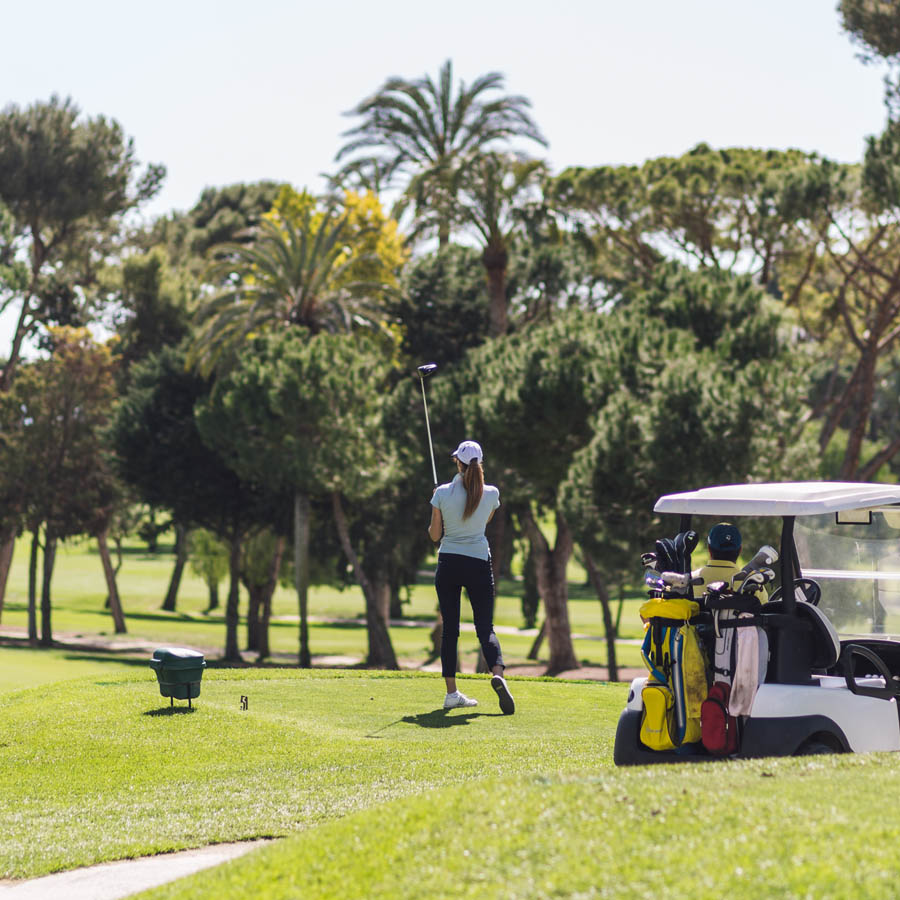 One of the biggest golf tournaments in Spain lies on the horizon at the end of June. The Andalucia Valderrama Masters takes place between 26 and 30 June at Valderrama Golf on the Costa del Sol. Traditionally an autumn golfing event, the tournament moves to early summer this year. Also new for this year is its inclusion in the Open Qualifying Series for the very first time.

As part of the reorganisation of world golf tournaments this year, the Andalucia Valderrama Masters 2019 has early summer dates instead of autumn ones. The move to the end of June for the tournament brings it right into the midst of the golfing calendar. This year’s 5-day event lands between the US Open (13 to 16 June) and the Open Championship (18 to 21 July).

While the tournament gets a new spot on the calendar, the venue remains exactly the same. The Andalucia Valderrama Masters 2019 will be held at the world-famous Valderrama Golf in Sotogrande on the Costa del Sol. Renowned as a top-class location for golf tournaments in Spain and the world, Valderrama Golf offers some of the most challenging 18 holes on the European Tour circuit.

Did you know? The Rio Real Academy can help you take your golf to the next level. Take a look at our personalised courses and choose the one to suit you.

Three places for the Open

Also new for 2019 and a first for golf tournaments in Spain, the Andalucia Valderrama Masters has three places for the Open. The first three players in the final classification who haven’t already qualified will automatically receive a place in the 148th Open Championship, held at Royal Portrush in Northern Ireland in July. Valderrama Golf is the first golf course in Spain to hold an Open Qualifying Series tournament.

Known as one of the most exciting golf tournaments in Spain, the five-day event including four days of play and one practice day. On Thursday 26 June, Pro-Am day gives players a chance to familiarise themselves with the course and spectators a chance to see the golfers in a more relaxed mode.

On 27 and 28 June, the action begins as all competitors fight to reach the final 65. The playoffs take place on Saturday 29 and Sunday 30 June as the golfers compete for the hallowed Andalucia Valderrama Masters trophy. Expect lots of nail-biting excitement as Valderrama Golf is notorious for providing exciting finals with the result often decided with the last few shots.

Did you know? You can buy tickets for the Andalucia Valderrama Masters here.

Spanish golfer Sergio García will be defending his Andalucia Valderrama Masters title. In 2018, he won the tournament for the third time after bagging victory in 2011 and 2017. His foundation is one of the main partners behind this golfing tournament in Spain and funds raised from the event go towards charitable organisations.

Did you know? With the Rio Real dynamic pricing system, you can get in as much practice as you need with the best green fees on the Costa del Sol. Find out how and then book your next round of golf.