Women in golf in Marbella 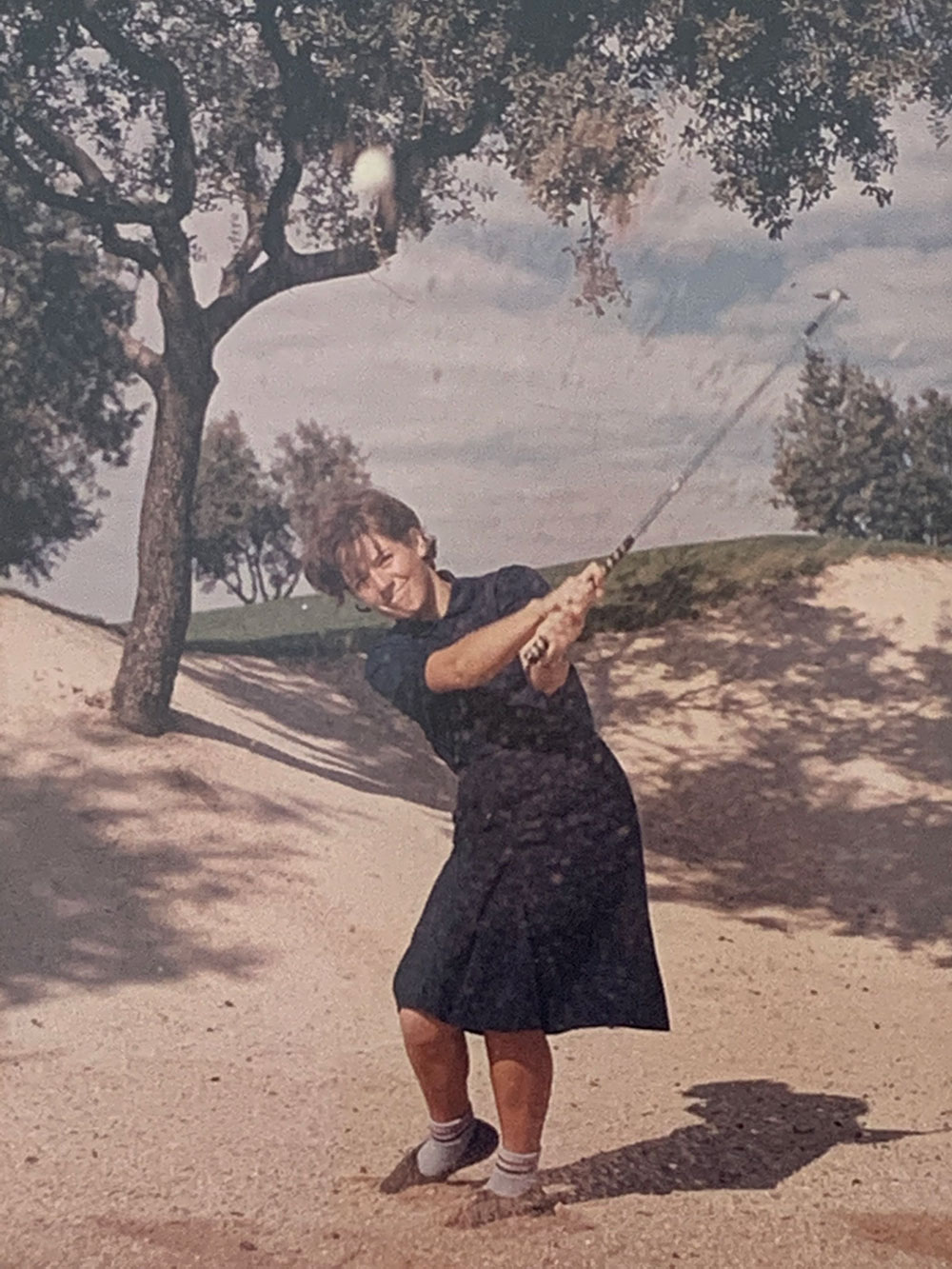 In celebration of International Women’s Day on 8 March, we thought we’d take a look at women in golf in Marbella. Although female players still represent a minority in the world of golf, their presence stands out in several areas, not least at Rio Real and on the Costa del Sol golf courses generally. Accompany us as we go behind the scenes and discover one of the longest-serving caddies in Marbella and a female pioneer, part of a golfing legacy that lives on at Rio Real.

A bit of history

Mary Queen of Scots is said to be the first female golf player. The famous St Andrews Links Course was built during her reign (1542 to 1567) and the Queen reportedly enjoyed a round or two. But women golfers would have to wait several centuries before they could play their own tournament. The first was held at Musselburgh in Scotland in 1811 with the first prize of a shawl and fishing basket.

The first women’s golf club opened at St Andrews in 1867 and female golfers celebrated their inaugural US Amateur in 1895. Despite playing more and more, women still didn’t reach professional status until Helen Hicks turned pro in 1934.

Did you know? Female golfer Issette Miller invented the system of handicaps, benefitting all golfers, male and female.

Female caddies in golf in Marbella

As well as on the course, women have also made a name for themselves as golf caddies. Rio Real Golf is privileged to count on the presence of Maribel Calderón, Caddy Master at our golf course in Marbella for over 40 years.

Maribel began her career in golf in Marbella working in the shop owned by Ángel Miguel, a golf pro and the first Spaniard to win the World Championship. When Miguel retired, Maribel became part of the Rio Real Golf team where she remains an essential presence, both in the Pro Shop and as Caddy Master. In honour of her long career working for Rio Real and those who play golf in Marbella, Maribel received the Rio Real Honorary Prize in September 2018.

Did you know? Mary Queen of Scots coined the term ‘caddie’, derived from the French word cadet that she used to describe her assistants.

Women in golf in Marbella also form part of the Rio Real Academy, run by Pro Sergio de Céspedes. Sergio comes from a long tradition of golf – both his grandfather and great-grandfather were professional players. They passed down their love of golf to their daughter (Sergio’s mother), Begoña de Céspedes Ibáñez, born in Madrid in 1947.

Begoña inherited the family passion for golf and started her golfing career at the Golf Parador in Malaga, the first golf course on the Costa del Sol. At just 19, she became the only women professional player in Spain.

After participating in tournaments in Malaga and Germany, Begoña turned her attention to family obligations. She and her new husband celebrated their wedding at Rio Real

Once her children were older, she returned to the professional golf circuit and in 1994 became Master Professional. She then worked in several golf courses on the Costa del Sol sharing her knowledge to other golfers. In recognition of her passion for golf, Begoña has a street named after her in Rincón de la Victoria, a small town to the east of Malaga city.

Did you know? The best all-time female golfer is Kathy Whitworth, an American player who have six major championships to her name.

Practise your golf in Marbella

Whether you’re male or female, celebrate your passion for golf at Rio Real this spring. Make the most of the warm sunshine, the immaculate conditions on all our 18 holes and our dynamic pricing system. Play more golf for less and whenever it suits you.