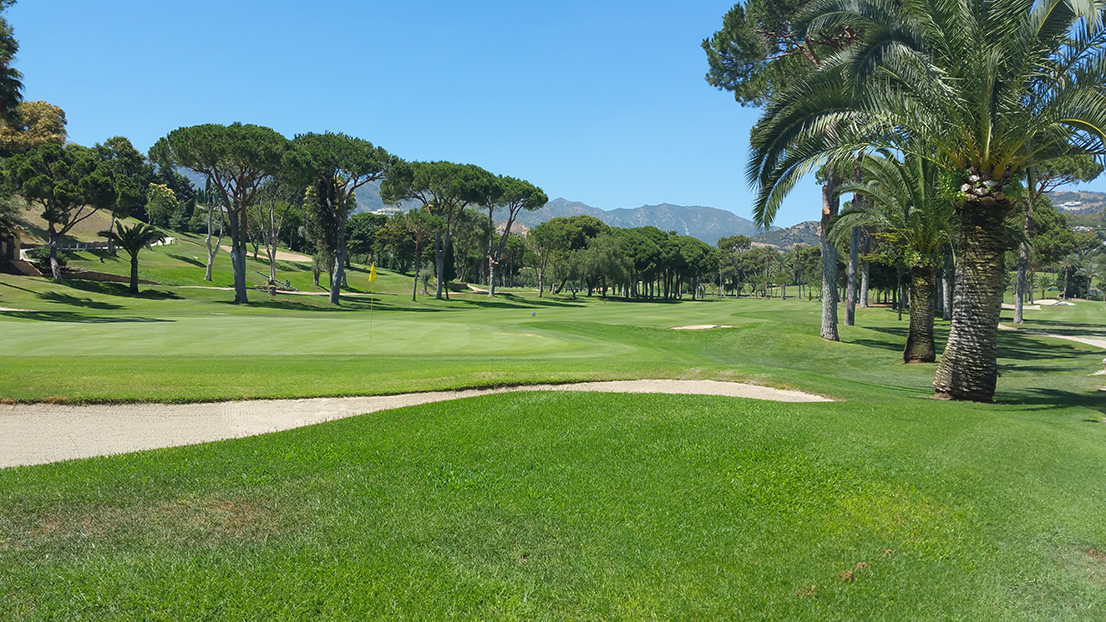 The history of golf on the Costa del Sol

Golf first arrived in Malaga back in the 1920s as a pastime for the British royal family who regularly took their summer holiday there. Beatriz de Battenberg – Queen Victoria’s daughter and the Spanish King Felipe’s great grandmother – took on the design of a 9-hole course, which was built on the site of the current Parador del Golf near Malaga Airport.

This small course sowed the seed for the passion for golf on the Costa del Sol. Marbella now has the most Costa del Sol golf courses with 21 in total, the highest number in any municipality in Europe. Mijas with 11 courses ranks second and Estepona with 10, third.

The first Spanish golf course was the Real Club de Golf de las Palmas on Gran Canaria, built as far back as 1891. Yet on the Costa del Sol it was over 30 years later that the Parador del Golf opened and not until 1946 that this golf course expanded to 18 holes and welcomed more members.

However, the real boom for Costa del Sol golf courses coincided with the discovery of the area by Europe aristocracy and world celebrities at the end of the 1950s and beginning of the 1960s. These first luxury tourists had high purchasing power and therefore the opportunity to play golf.

Guadalmina Club de Golf was the first golf course in Marbella, built in 1959 on the west side of the resort. Rio Real Golf in the east followed shortly afterwards in 1965. As demand grew so did the number of golf courses in Marbella with Atalaya Golf in 1968 and Las Brisas in 1969.

British Robert Trent Jones – the designer with most Costa del Sol golf courses to his name – created the design at Sotogrande Golf and Las Brisas. While Spanish designer Javier Arana, who also founded the Spanish Golf Federation, was responsible for the first golf courses in Marbella with designs at Guadalmina Club de Golf and Rio Real Golf.

Their first designs incorporated golf-resistant grass types and automatic irrigation. These pioneer designers also believed in adapting a golf course to its natural terrain and created courses in perfect harmony with their surroundings. The course at Rio Real Golf, for example, follows the course of Rio Real River from the mountains down to the sea with the 18 holes adapting to the natural contours.

Almost a century after the first golf course was built on the Costa del Sol, the area now ranks among the world’s prime golfing destinations. Every year, tens of thousands of keen golfers enjoy a game or participate in one of the many tournaments at the over 70 courses.

Join them now and book your golf in Marbella with a round at Rio Real Golf where golfing history and select design come together.